The problem with this mood-boosting resolution is that I came up with it the day before I needed to start. Well, it’s not really a “problem.” The tight deadline forces me to follow through. But it is a challenge.

By the time I’d researched options and finished the schedule, it was 7 PM. I needed to be home by 10 to make sure I was up by 6 for work. I don’t know if you gauged this from yesterday, but I have a sleep disorder. Luckily, I thrive under deadlines– and I like a challenge. 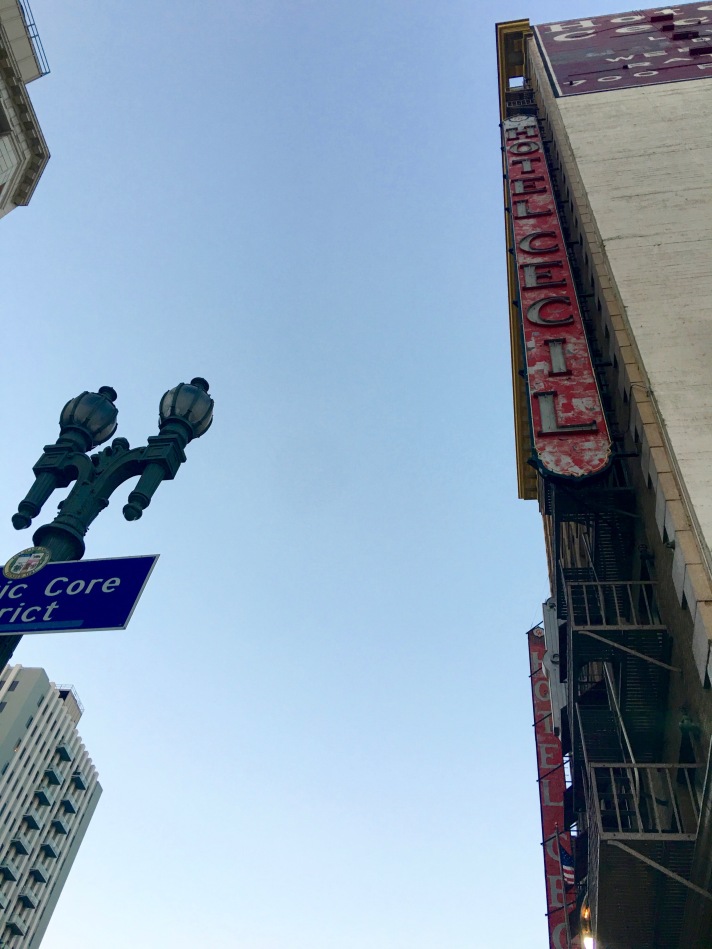 Hotel Cecil is home to numerous suicides, and a murder. Two serial killers, Richard Ramirez and Jack Unterweger, stayed there while committing their various crimes. The recent and chilling death of Elisa Lam alone makes this budget hotel pretty creepy. It reportedly inspired Ryan Murphy to create American Horror Story: Hotel. I don’t even watch horror movies, but I’ve come across a lot of articles about The Cecil.

New owners have attempted to rebrand the building, calling it Stay on Main. The website makes no mention of its storied past. Yelp reviewers claim the pictures on the site don’t exactly line up with reality. I don’t know who’s telling the truth, but the lobby is quite pretty. All I know is that I’m staying at the Motel 6 in Hollywood if I need low-budget lodgings.

As I walked to the Cecil, upwards of nine cop cars passed by me– in the opposite direction, in case you were wondering. It was a reminder of why I haven’t seen these places. I generally avoid downtown. All the more reason to hurry on to my next destination:

As a kid, I knew I’d arrived in Boston when I saw skyscrapers. New York gives me a great feeling as I walk by 30 Rockefeller Plaza and surrounding towers. In that sense, I don’t always feel like I live in a city. I get that feeling downtown, though.

In the middle of it all is FIGat7th, an open-air shopping mall. It boasts 50 shops and services, including an adorable cupcake eatery called Sprinkles. I’m amazed by all the places in LA I’ve never gone to. 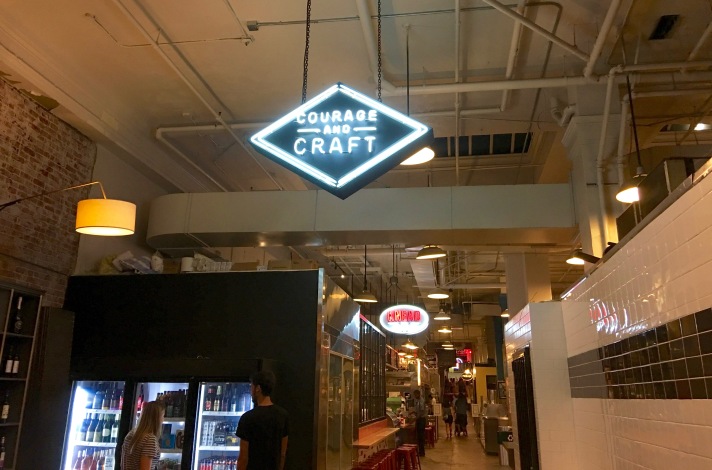 Grand Central Market has been in operation since 1917. It houses an eclectic variety of grocers and restaurants. I had chicken chow mein at China Cafe. A boisterous crowd played bean bag toss. A true extrovert, I was energized by their fun.

Pershing Square Station replaced Union as the subway stop I visited most often today. I completed my itinerary, and was still home by 10:00.